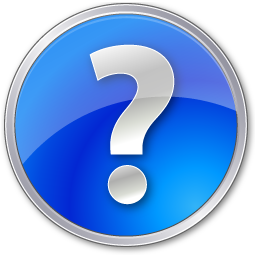 The Archer? Who is he? Look closer, look at the other guys and that lady too, familiar now? Yes, of course. Wonder why not just name the game by that guy’s name? Well, probably there’s already too many of that name, so it’ll be a bit lame, but not if by this name. Well, okay then, Archer it is, and not Robin Hood. Find out more at ECWON Malaysia Online Casino.

Okay, but if you think that paying 243 ways in Archer is the only new way… no way! There’s a new special feature that hasn’t been used anywhere else before this too. It’s that brown coloured box-border with little arrows in them. Can you see them? Some symbols have them, some don’t, right? Whenever one or more scatter symbol (the double crossed arrows) appear on the reels, any wins that has that brown box arrowed border, splits up and that symbol is then added on to the other two symbols on the same reel. If you have two such symbols on two separate reels, each one will split up accordingly on their own reel. No, they cannot and would not cross over to other reels. They are not that wild! Hahaha. This isn’t like NetEnt’s Wilds that can jump over to anywhere they want. Now those are real wild ‘Wilds’, but aren’t really that good most of the time. You’re confused? Oh my gawd… you better play the game and then you’ll understand better! Hehehe.
When the ways get bigger, the pays get smaller! Know what I mean? Look at the highest paying symbol – that bearded ‘old’ man, Robin Hood. With 243 ways to pay, his 5-of-a-kind only pays 1000x the line bet. Now that is low, unlike the usual 5000x or even 2500x the line bet values. But then again, you could win this on many more lines than the usual, so it balances up in a way. Better or worse? It works both ways!

The Wilds are a bit of a disappointment, I must say. They do nothing more than just create new wins whenever possible. No doubling, no own win values, except paying for those substituted symbols. The free spins game? You get only 7 free spins… aaargh… with no win multiplier, with no doubling of wins with Wilds, there are no Expanding Wilds, no stacked Wilds either… so how to win BIG?! Well, BIG wins, yes, HUGE wins, maybe not! It all depends on those blardy brown box-borders to split up as many symbols as possible in any one spin wins! The more you get them, the bigger the win. Confused? Hmmm, I was too, until I played the game many times over.
My dislikes in the game? Well, to cut a long story short, the Wilds don’t pay for themselves, the Wilds don’t double wins, the Wilds don’t expand or become stacked, the Wilds are not as wild as I would like them to be, as in other games, the free spins don’t have any win multiplier, the paytable is on the low side…phew, that’s more than enough already! Oh, just one more thing though. I haven’t got any blardy win on this game so far, but it was fun playing it.
Don’t forget to sign up new member at ECWON Malaysia Online Casino.